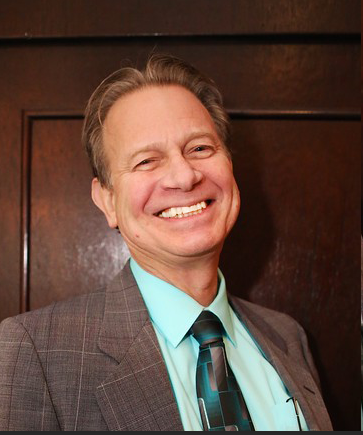 Mr. Shild was Vice President and partner in Electronic Services International (ESI) from 1978 to 1993. ESI was responsible for installing many of the initial large-scale access and video control systems while the industry was in its infancy. In the late 70’s and early 80’s, ESI installed the preponderance of Cardkey and Rusco systems; the only access control manufacturers. During the 90’s, ESI was the largest corporation in the Northeast involved in the sales and service of integrated electronic security systems with over 120 employees.

As the founder of Advanced Electronic Solutions, Mr. Shild has taken the opportunity to structure the company on basic ideologies: customer satisfaction, excellent service, quality merchandise, and training. At AES, each employee has a commitment to the company, the customers and the belief that all are an integral part of the team. AES uses great care to decide what customer’s will become part of the AES “family” based on the values of mutual respect and quality service for a fair cost.

“At AES, we hire people not positions.” 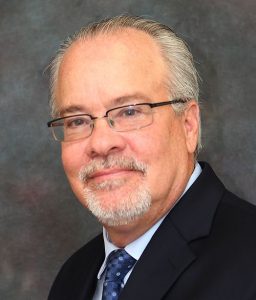 With over 30 years of experience in the security industry, and 20 years at AES, Mr. Nilsen has been involved in almost every aspect of systems integration. He started off his career at Electronic Services International where, over a span of 13 years, he held a variety of positions, including installation technician, project manager, Installation Department Manager as well as Engineering Services Manager. At U.S. Surgical Corp., Mr. Nilsen managed the Security Systems Department for the Norwalk, and New Haven facilities as well as their Ponce Puerto Rico Location. Mr. Nilsen also held the position of District Operations Manager for the commercial industrial division of the northeast territory at Sensormatic Electronic Corp.

In his current role, Mr. Nilsen handles large National and International accounts where he manages business relationships, provides system engineering, solicitation of subcontractors and project management on a global scale. Experience ranging from aviation, commercial industrial and banking; just to name a few. Throughout his 30 years, Mr. Nilsen has been involved with many high level projects from start to finish in locations ranging from New York to as far as Medallin, Columbia. Some of those projects being Boston Properties, HSBC as well as Jetblue worldwide.

Don was with the New York City Police Department for 20 years, retiring as Captain. During his tenure with the NYPD, he served in numerous command level positions. During his last assignment, with the Office of Information Technology, he was responsible for the development and implementation of a number of very successful multimillion dollar IT projects. Prior to that, while assigned to the Housing Bureau, he developed and project managed a $15M CCTV initiative for public housing. Over 3,000 cameras were installed in high crime Public Housing Developments as part of this program.

Before being promoted to Captain, Don Francisco served in various patrol, investigative and specialized assignments with the NYPD.

Don received his MBA from St. John’s University in 1996 and in 2005 became an ASIS Board Certified Protection Professional (CPP). Don is also an avid fitness enthusiast who has run marathons and completed an Ironman Triathlon. 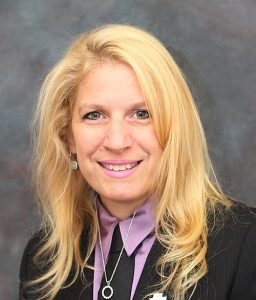 Denise Niles has been at AES for 17 years and in the industry for 25 years. Her role is diverse but the core is sales and marketing. Denise manages many high profile clients and provides opportunities for upgrading systems with newer technology targeting potential vulnerabilities.

Denise started her career in security at Electronic Services International and held numerous positions during her 6 years there. At Pinkerton, Denise developed the Purchasing Department and at ETC, she developed the recurring revenue department for monitoring clients.

At AES, Denise sold the first million dollar fire project in NYC. She manages large commercial property including a recent project upgrading over 500 cameras for 10 Class A buildings.

Denise received her BA in English from Queens College. She is the NYC Women in Security Liaison for ASIS and a member of the Sales & Marketing Committee for PSA. Denise was a committee member for the Mentoring Committee of ASIS. 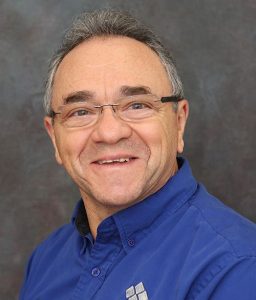 Mr. Slootsky has been a part of the security integration/electronics field for over 30 years and at AES since the start of the company 20 years ago. During his early days, he has been engaged in the integrated security systems business as a senior bench/field technician first with Electronic Services International and then with AES. Mr. Slootsky manages a large group of field technicians here at AES, providing them with technical and administrative support along with coordinating service department activities. He works closely with National and International service account customers to provide them with efficient customer service, service billing and customer support.

Mr. Fels has close to thirty years of experience in the security industry, 20 of those years being at AES. He previously worked as an install technician and a project manager at Electronic Services International.

At AES, Mr. Fels is in charge of overseeing all of the Project Managers to ensure successful project installation. He is involved with many aspects of the business operation, from the design and layout of projects, to the coordination, supervision and management of the installations. With his hands on skills and approach he was in charge of some of the largest projects in AES history, including Jetblue, MSK, American Airlines and the Police Academy. 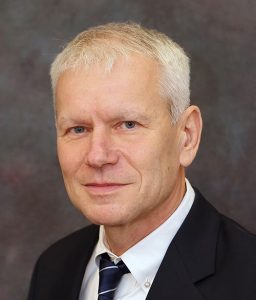 Mr. Wozniak joined the AES team in 1998 and has been the Manager of the Installation Department since 2001. He manages a team of ten plus technicians that handle all non-union installation projects both large and small. He oversees day to day operations to ensure client satisfaction.

He has managed a large number of projects ranging in size but most notably projects for HSBC, BONY, Delta, Jetblue, SL Green and MSK. Mr. Wozniak previously worked in the cellular phone transmission site development industry. He holds a degree in Electronics and also received his Master’s Degree from Jagiellonian University.

Mr. Ailincai has over 20 years of hands-on experience in designing and implementing solutions for computer software/hardware platforms. For the past 12 years, he has been the manager in charge and point person for AES, involved in all PC/network customers’ system set-ups, and maintenance.
Mr. Ailincai’s background as a database and project engineer enables him to not only find the source of problems, but the ability to implement innovative solutions. In the fast paced environment of security system integration, AES has taken advantage of these talents to better serve their client’s immediate needs.

Mr. Ailincai is also one of the very few Software House Master Technicians, a title that is obtained by taking ALL the available certifications (both CCURE800 and CCURE9000). In addition, he holds various certifications from Panasonic, Pelco, S2, American Dynamics, Exacq and other manufacturers of integrated security systems.

Former President at Marquee Security. Charlie Lunney brings over 25 years of experience in the security industry to AES with proven success in the areas of security Integration, manufacturing, and consulting. Charlie has spent many years in top management roles with revered organizations such as Tyco/JCI, GE, and Sony.

With his customer first approach, he provides clients and staff unparalleled insights and operational know-how. He continues to stay ahead of the curve with industry-leading, innovative thinking and a relentless customer first mentality. Charlie has an Electronical engineering degree from University College Dublin.

Mr. Makl has worked in the systems integration industry for about 25 years, with the last 10 being at AES. His responsibilities at AES include designing & engineering of various Security, Fire Alarm and Life Safety Systems. He also assists in presale design, software engineering, high level support, as well as mentoring and teaching the junior team members and staff. Prior to joining the AES team, he was involved in prototype building at ADT where he also led team for UL Listing of Security and Fire Alarm Equipment. The years following, he held roles in project management for fire alarm systems at Van Well Electronics, Siemens and RJM Low Voltage. Mr. Makl received his Bachelor of Science in Electrical Engineering from the New Jersey Institute of Technology.